From Batter to Batsman: Whitby Fish and Chip Shop is Bowled Over by Visit From Freddie Flintoff 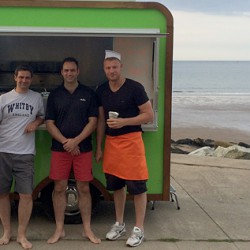 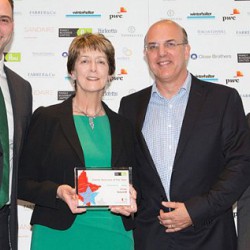 The Fusco family behind the multi-award winning Quayside takeaway and restaurant in Whitby has been voted Commercial Catering Family Business of the Year,  after more than 60-years of dedication to fish and chips.

Chip Week 2015: Our very own Chip Queen brings back crinkle cut chips to celebrate four decades at the frier! 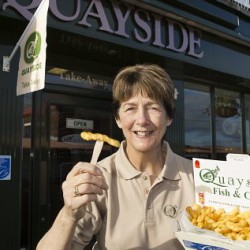 Our veteran chip shop owner is reinstating a retro classic at our multi-award winning chip shop to celebrate more than 45 years behind the range. They’re groovy baby!

Join the award winning quayside team! Come and work with us! 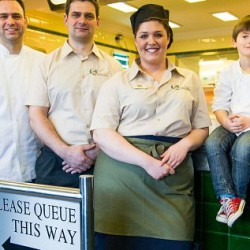 You’ve all seen what we do at the award winning Quayside restaurant, now come and join our team! 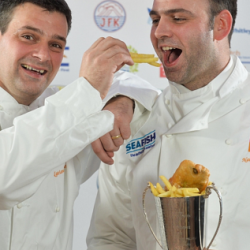 Pride, passion and ‘proper’ fish and chips proved a winning recipe for 50-year-old family-run Quayside as it scooped not one but TWO awards at the National Fish and Chip Awards 2014 yesterday – and is now officially the UK’s number…

Quayside chippie leads the way with free-from fish and chips 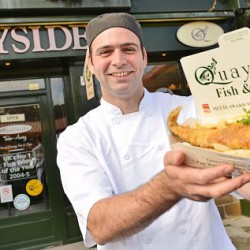 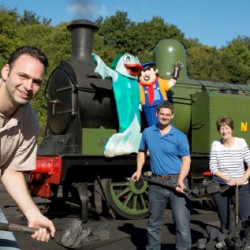 Whitby fish and chip shop reels in fantastic fish – and offers him a full-time job! 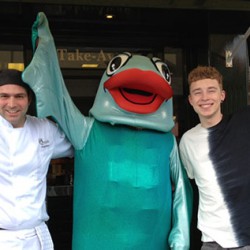 The North East’s top fish and chip shop, Quayside, hooked such a good candidate for the role of its mascot ‘Finella the Fish’; they’ve given him bigger fish to fry!

Seventeen-year-old Whitby student James Grimont accepted Quayside’s challenge to “be a fish for a week” in May half-term, when he took on the role of special children’s mascot Finella – and he proved to be so good at his job, the Quayside team offered him a permanent role at the shop. 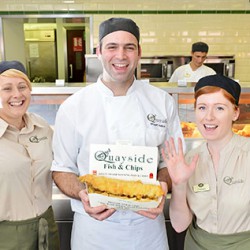 Quayside Whitby has yet again secured its place as a first class fish frier with not one but two nominations in this year’s National Fish & Chip Awards! 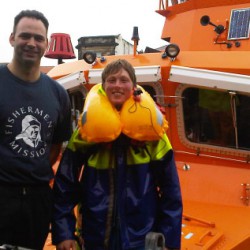 Whitby’s Quayside fish and chip shop made a splash today (June 21) at a charity event that saw a local fisherman jump into the harbour to raise awareness – and funds – for fishermen’s safety.

The family-run fish and chip shop look the plunge with RNLI Lifeboat coxswain Mike Russell on Friday to raise money for The Royal National Mission to Deep Sea Fishermen and Whitby Seaman’s Mission with a charity dip that saw fisherman Luke Russell donning a specialised flotation device and jumping overboard at high tide.